An overview of compressors 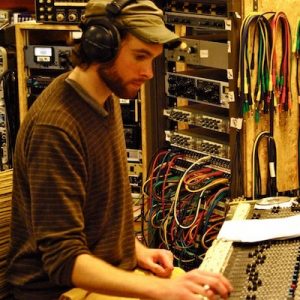 Together with EQ’s compressors are one of the most important tools in music production. You can use it to decrease the dynamics of a track, but you can also use it to shape a sound.

But with so many different kinds of compressors, when and where do you use which one?

A lot of digital plugins are emulating their analog counterparts. It’s important to learn how those units work to know how and when you should us it.

Roughly speaking there are five different kinds of compressors:

In a previous article we talked about the basics of compression and how to use it. Now let’s dive a bit deeper.

A VCA (or Voltage Controlled Amplifier) Compressor is one of the most transparent compressor. At the same time it can apply the most aggressive form of gain reduction. A VCA compressor will have a very fast attack time, which makes it very well suited for levelling bigger peaks. It is often used on drums, guitars or vocals. For a lot of mixing engineers it is also the go to compressor for your mix bus.

A VCA compressor has a lot of different controls (attack, release, threshold, knee, ratio), which makes it a very versatile tool.

One of the most well known VCA compressors is the SSL Bus compressor.

A Field Effect Transistor compressor uses, as the name already said, a transistor to reduce the signal. The transistor is the cheaper and more handy little brother to the vacuum tube.

The most well known FET compressor is the LA 1176, with the famous all-knobs in setting, which gives it an aggressive but warm sound

Optical compressors, also known as opto compressors, use a light source to determine the amount of gain reduction. The input gain affects how much a light inside de compressor will shine. A photoconductive cell reacts to that intensity and translates that resistance to an audio signal. The speed of the compressor changes with the input gain.

An opto compressor usually has no attack or release setting, but has a gain knob (to decide how much signal will enter the compressor) and a knob for peak reduction.

And opto compressor is not as fast as a FET or VCA compressor, but is very well suited to level out a track (hence the second name: levelling amplifier). It responds to audio signals in a very smooth and musical manner. It is often used on vocals as the second compressor after a FET compressor. Here the FET compressor will control the peaks, and the opto will smooth out the track.

The most well known opto compressor is the LA2A.

A Variable Mu compressor is one of the oldest and rarest types of compressors. The circuit uses a vacuum tube to compress the signal. The louder the signal, the more gain reduction the compressor will apply. In electronics the term Mu stands for ‚gain‘. Therefore the compressor is also called a variable gain compressor, because you don’t adjust the threshold, but the input gain.

A Mu compressor doesn’t have a ratio to set. The louder the input signal, the higher the ratio will be. It is very well suited as a glue compressor to level out an entire track, without compressing each individual peak. It gives color and is often used by mastering engineers.

The most well known examples of a Variable Mu compressor are the Fairchild 670 and the Manley Vari-mu.

Today we don’t necessarily have to rely on emulations. We can create compressors without copying earlier designs. Digital compressors will often have all the settings you would want a compressor to have (threshold, attack, release, knee, ratio, high pass, side chain) and are usually very clean sounding. They are great all rounders.