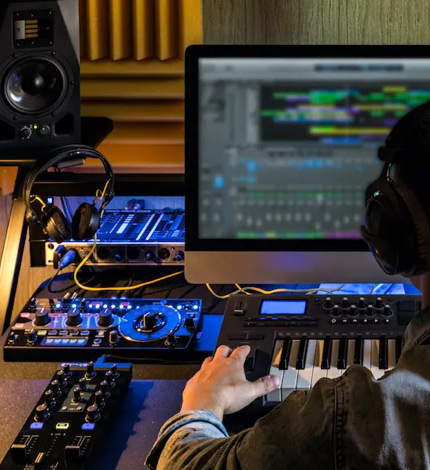 Intervals are an essential part of music theory. They are the building blocks of melodies, harmonies, and chord progressions.

Intervals in music are the distance between two notes. An interval can be played simultaneously, as in a chord, or sequentially, forming a melody.

Intervals can be overwhelming at the beginning. Nevertheless, it is useful to learn them, because they give you a lot of support in the music you make. You will be able to sing melodies faster, you recognise and create chord patterns faster, and it will be easier to come up with harmonies on a vocal.

Each interval tells you how big the distance is between the two notes. The name, or number, comes from how many tonal distances they are apart.

Like chords, intervals have their own characters and sounds. For example, the major third of a major chord sounds happier than the minor third that occurs in a minor chord. Some intervals have no minor or major properties. These intervals (the fourth and the fifth) are then called perfect.

The intervals of a scale in C major are as follows:

The intervals of a scale in A minor are as follows:

Knowing the intervals can give you a big head start. You can do this simply on the piano, or with online tests.

A well-known, easier trick is to associate the intervals with the first two notes of familiar melodies:

Intervals are so important in music theory that it might be difficult to progress without any knowledge of them. But once you’ve heard all the examples above, you’re almost halfway there!