As a producer you often have to deal with vocals alongside your instrumental. As a singer or an artist you might also want to know how to proceed when you record your own vocals.

It is important to know that no two singers sound the same, no microphone and no track is the same. The principles of mixing always apply, but will rarely be the same twice. Sometimes the order of tools will be different, sometimes you won’t have to use everything. If it sounds good, it sounds good. 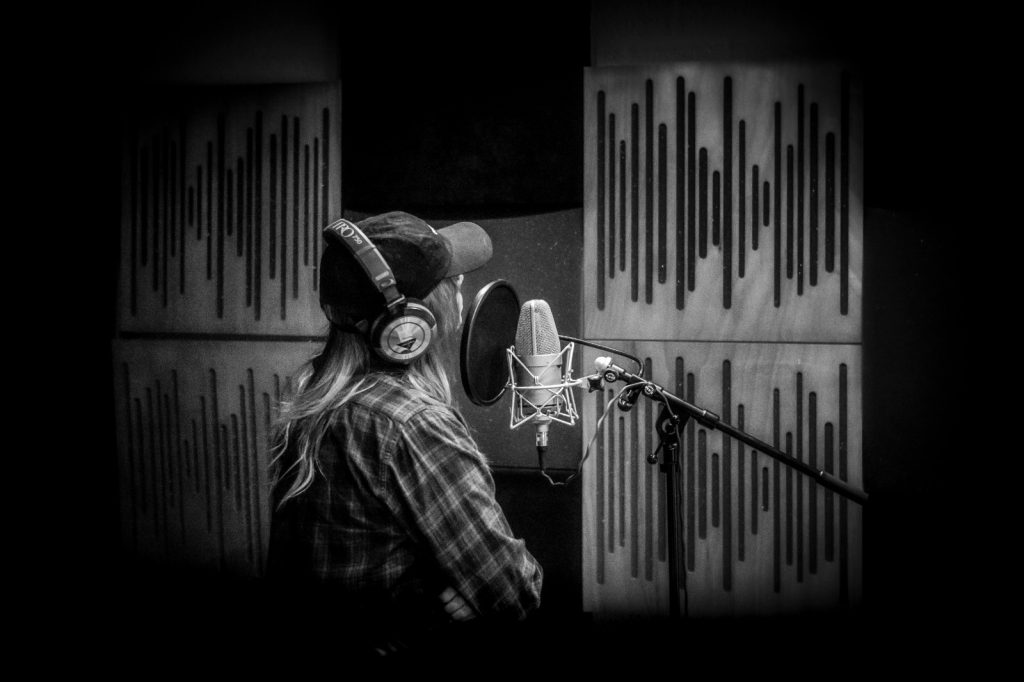 When you’re happy with the recorded vocals, get started by first cleaning up the track.

You want to work with the cleanest possible track. Cut out any silences to remove noise from a laptop fan or clothing, or use a gate. To make the compressor work faster later on, manually turn down the loudest parts of the recording by a few dBs, and turn the softest parts a bit up. This way you prevent your compressor from having to work too hard. You might also want to remove breaths (for an unnatural effect) or soften them (for a more natural effect) at some (or all) moments.

Pitch correction and timing: depending on the sound you want, you may or may not want to run your vocals through Melodyne or Autotune. In Melodyne you can adjust pitch as well as timing. Otherwise you might want to do that manually on the track.

Corrective EQ: clean up the vocal where needed. Always use a low cut filter to clean up the rumble of the room. You do this by increasing the cutoff frequency until you start to hear the vocal being affected and then pulling it back a little bit.

Next, see if there are areas in the voice that you want to soften. Be careful with putting a lot of narrow EQ cuts. If you find yourself doing this a lot, you can ask yourself if it isn’t simply the character of the vocal. Doing this excessively can kill a vocal completely.

De-esser: depending on the singer you would use a de-esser. A de-esser is really nothing more than a compressor that only listens to sibilants (loud sounds such as s’s and t’s from 2.5 kHz and higher. Set it so that the s’s will soften. but be careful not to make the singer have a lisp.

Compression: because a vocal is one of the most dynamic elements in your mix, you will often use two compressors in series (one after the other). You do this so that one compressor won’t  have to work so hard resulting in a less natural sound. You will often use a compressor with a fast attack and short release to control the peaks. The second compressor is often one with a slow attack and slow release to balance the overall vocal. A well-known combination is an 1176 and an LA-2A opto-compressor.

Additive EQ: you can optionally use an EQ to give color to a vocal. You can boost pleasant frequencies of a vocal, such as some mid range for warmth or 20 kHz for some ‘air’. Make sure you do this with a wide Q.

De-esser: you will find that sometimes you need to use a second de-esser. By using a compressor you it’s possible that some s’s will have become more or too present.

A different byproduct of compression can be that breaths are amplified too much. You might need to go back in your chain to draw them back a bit where necessary.

At this point you should have a good clean and balanced vocal. Nothing stands in the way of adding all the flavours you might want: from saturation, to phasers and chorus and of course delays, reverbs. You name it.