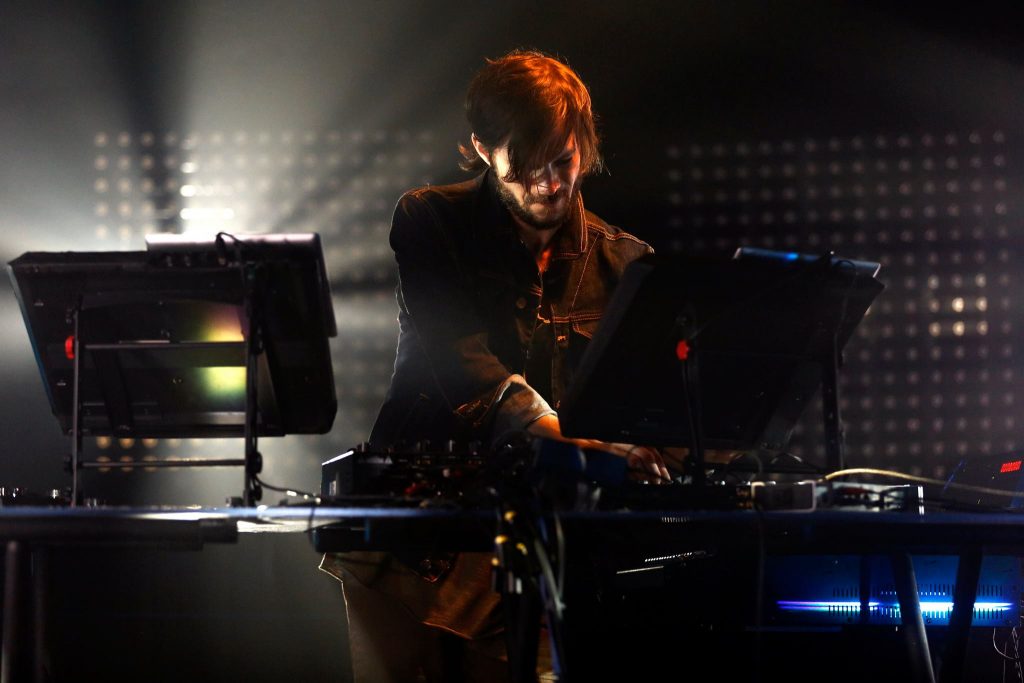 One of the most important instruments of modern pop music is arguably the synthesizer. This multicolored beast comes in endless shapes and flavors and seems to be able to go in any direction. But what is it?

Most synthesizers have the following sections:

An oscillator can create a number of so-called waveforms:

Most synthesizers have at least two VCOs you can play simultaneously. It is common to have more.

The oscillator sends its signal to a filter -VCF (voltage controlled filter). The most commonly found filter is a low pass filter, but most digital synthesizers have more. You will find filters such as high pass, band pass, notch filters and so on. With the filter you determine how much sound you’re letting through.

The filter section also has a second knob or fader: the resonance. The higher the resonance, the more the filter boosts the frequencies around the cutoff point.

An envelope is a structure that determines the dynamic progress of a sound. You will usually see this divided into four steps: ADSR (Attack-Decay-Sustain-Release).

Most modern digital synthesizers have at least two envelopes.

One envelope controls the amplitude (volume or intensity) of a sound (also called VCA from Voltage Controlled Amplifier). By adjusting the values ​​of this envelope, we can modify the character of the sound. For example, a pad sound has a slow attack, no decay, a high sustain, and often a long release. A pluck has a short attack, a slightly longer decay, a low sustain and a longer release.

Some synthesizers have extra envelopes that you can freely assign.

The LFO (Low Frequency Oscillator) is an oscillator that generates waveforms at such a low frequency that the human ear is unable to hear it. We can use this LFO to modulate other elements.

For example, you can assign the LFO to the tuning of a note, resulting in a vibrato effect.

Like normal oscillators, the LFO can have different waveforms, each with its own character.

You can adjust the frequency of the LFO (and therefore the speed of what its modulating), but also the depth (how much it modulates anything).

The most commonly used form of synthesis is subtractive synthesis (as described above), where you shape the sound by removing or eliminating pieces of sound. There are also FM synthesizers, additive synthesizers, and, increasingly common nowadays, wavetable synths, where every waveform you can imagine is possible.

The possibilities of a synthesizer are endless, but the principles are almost always the same. Using presets is tempting, but it’s even more fun to see how those presets are created and how you can adjust them to your liking!