Your track has been mixed, your tracks are compressed and EQ’d to your liking, you just bought the most beautiful reverb ever on Black Friday, but your track still sounds static. You need to get moving!
Life isn’t perfectly aligned, so why should your tracks be? There are many ways to give your tracks extra life, or to add that extra bit of production value. 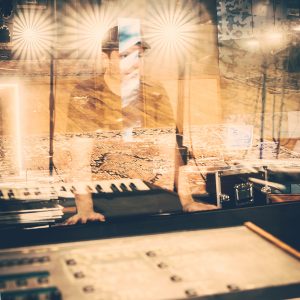 LFOs:
Most synthesizers you use will have an LFO. Are you sure you’ve used them all? If you’ve still got a spare one, why not use it set the fine pitch control or the pulse width of the second oscillator a little bit in motion?
Did you no that the use of LFO’s isn’t simply restricted to synthesizers? Use an additional LFO plugin to adjust the modulation of your reverb, or the color of the saturation on a track. The possibilities are truly endless.

Chorus:
An example of a common effect controlled by an LFO. It is created by taking an audio signal and mixing it with delayed copies of itself. The pitch of those delayed copies is usually modulated by an LFO.
Typical use for a chorus is on a guitar or synth, but try using it on a send with a reverb or delay, giving your reverb or delay a different character. Or put it on a hi-hat pattern and experiment with the frequency and the mix knob.

Flanger:
A flanger is an effect where two signals are mixed together. One signal is played back slightly delayed with a slightly different delay duration. This produces a comb filter effect.
Use it on a drum track or over a heavily distorted electric guitar. Sync the rate with the BPM of your track, or not at all.
For a dramatic effect, you can also put it directly on a vocal.

Phaser:
With a phaser, a signal is split in two. The second signal is passed through an all-pass filter, which reverses the phase of a lot of frequencies. When merging, the frequencies that are out of phase cancel each other out.

Auto Pan:
An auto pan (the name says it all) sets the panning of your track in motion. Automate the amount (how far it goes from left to right) and the rate (the speed of movement) slightly for dramatic effect. Or link another LFO to the rate or phase knob.
Put it on an aux before a reverb to soften the effect of the panning. Put it on an aux after the reverb to immediately hear the effect in action.
Or automate the amount of panning on the reverb tail of your snare hit: make it duck with each hit to exponentially increase in size between snare hits.

There are many more effects than these just mentioned. It especially gets interesting when you start combining them. Be creative, step out of your comfort zone and use them at unexpected moments. There is no producer police, so who is going to tell you not to put a tremolo on your vocal bus.