Esther Maier and Silvia Biemans from Buma Stemra and Sena graced the Academy today with their program “Music Rights On Tour” where our students learned all the ins and outs about music copyrights.

“We make sure that everybody who creates music has the right to get compensation. A lot of artists are busy with the creative part but not so much with the administration. It’s not fun, but it’s part of the job and furthermore, that’s your right to your money”

BUMA/STEMRA are two private organisations in the Netherlands, the Buma Association (Dutch: Vereniging Buma) and the Stemra Foundation (Dutch: Stichting Stemra) that operate as one single company that acts as the Dutch collecting society for composers and music publishers.[1][2] 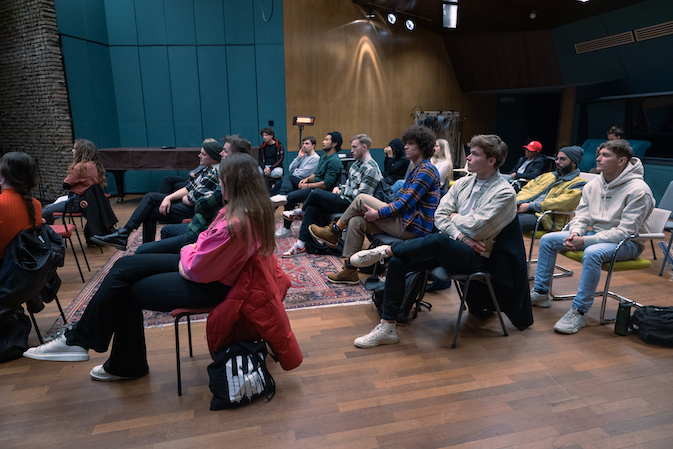 SENA The Foundation for Exploitation of Neighboring Rights is the Dutch collective management organization which is charged with the implementation of Article 7 of the Neighboring Rights Act. In practice, this means that Sena collects fees from users of recorded music, such as companies, broadcasters, institutions and organizations that publish recorded music. Sena passes these fees on to the performing musicians and record producers, or the “makers” of music. In that respect, Sena is comparable to the organization Buma, which collects and distributes fees for authors (based on the Copyright Act) for the publication of their compositions and texts. In civil proceedings, Sena cooperates with Buma, if necessary, to institute injunctions for infringements of the copyrights and related rights of rightholders represented by both organizations